Podere Casenove agritourism farm is located in Umbria in a section of the community of Citerna in the province of Perugia in a prominent position with regard to the Valtiberina.

Our vacation apartments are set in greenery and set on a panoramic hill overlooking the entire Umbrian and Tuscan Valley.

Our hospitality facility was created based on an antique farmhouse finely renovated according to the local Umbrian traditions; it is composed of five independent apartments, one of which Superior and a private pool available to the guests.

We are in close contact with nature and surrounded by great landscape, religious, and cultural wealth, yet close to the modern conveniences offered by the main centers of Valtiberina such as Sansepolcro and Città di Castello, just minutes away by car.

This is the ideal environment for all those who seek quiet without giving up modern conveniences.

Our Agritourism with vacation apartments is located in Umbria, the only region in central Italy that does not have access to the sea, but offers unique natural beauty.

Umbria is primarily hilly and mountainous, although its mountains are no higher than 1500 meters. The most important valley is precisely the Valtiberina where our facility is located; just a few kilometers away you can find one of the most beautiful lakes in central Italy: the fourth largest, Lake Trasimeno.

This region is considered the green heart of Italy with 30% of its land covered with trees (compared to the 20% national average) maintaining, however, a practically Mediterranean climate with mild temperatures year-round.

For all those who love nature and peace, this is the right place, offering opportunities to visit the cascades of Marmore, Lake Piediluco, the many thermal springs, the national park of the Monti Sibillini, the plain of Norcia with its flowers, etc. etc., which have made this region known and loved around the world. 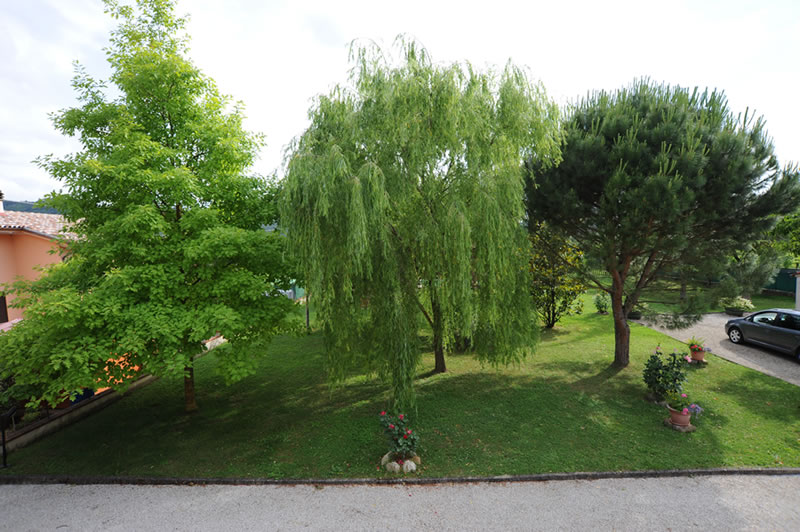 The agritourism farm "Podere Casenove" is located among the green hills of Alta Umbria, near some of the most popular tourist destinations of Umbria, Tuscany, Marche, and Romagna. It is set on a hill with a fabulous panorama over the entire Alta Valle del Tevere at 330 meters above sea-level, in the ancient Etruscan community of Citerna, the territory of which was also densely populated in Roman era.

The beauty and the attractiveness of these places inspired the statement of Pliny the Younger: "You will find great pleasure in viewing this region from the heights of the hill; in fact, you will feel that you have discovered not just a territory, but a painting of incredible mastery."

Our hospitality facilities are surrounded by a large green space, completely fenced and independent, with a garden, 2 pools (for adults of 12x6 meters and for children from 4x3 meter), parking, and a canopy for motorcycles or bicycles. 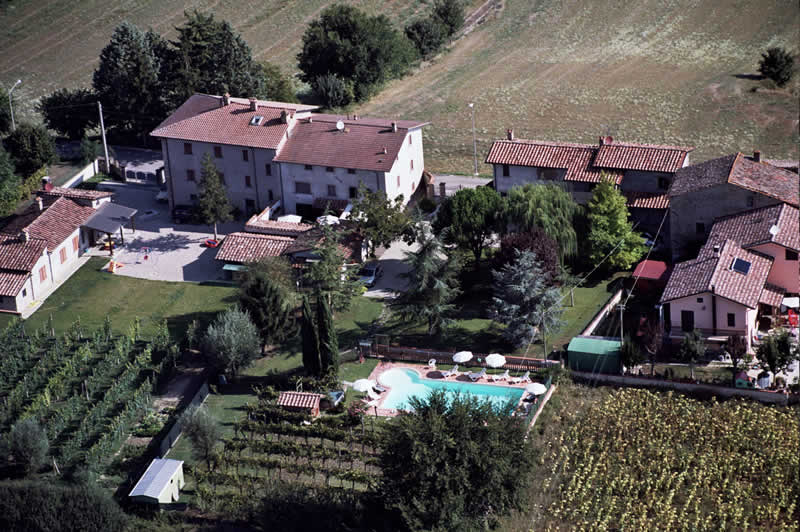 For centuries, the Podere Casenove farm was the property of the Family Canosci; until 1984, it was a business conducted with a "Mezzadria Contract" since the land was cultivated by the family of the so-called "Mezzadro (tenant farmer)" who lived in the farmhouse.

Up to that period, the farm was composed of::


After the 1984 termination of the Mezzadria Contract (Contract for metayage ) with direct cultivation by the owners, and followed by consistent renovations, the farmhouse became the summer vacation home of the owner's family.

Beginning in 2000, additional restoration work was begun to be consistent with the local residences, including wooden beams, tile, part of the walls with exposed masonry etc., intended to gradually launch a new Agritourism activity.